This week brought to you by the Scripps National Spelling Bee 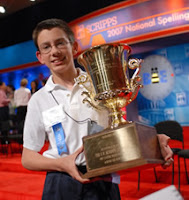 Evan M.O'Dorney 13, who won this year's championship by correctly spelling the winning word "truck", has graciously agreed to be here and help me out on this weeks Blog.

Coming out of the closet

Very good Evan. Now go back into your coma.

The ubiquitous A-Rod was seen with a mysterious blonde woman gallivanting around Toronto this week while his wife and 2 and a half year old daughter remained in New York. Then A-Rod pulled another Bush League move, breaking baseball's unwritten code, by yelling "Mine!" and distracting a Toronto infielder which allowed a ninth-inning popup to fall for a run-scoring single.

What's next for A-Rod? A terrorist plot against the Mets I'll bet?

The bigger they are

Doesn't really matter because, now there's a catalogue that acquiesces.....

....to the obese American who is living larger virtually every day. 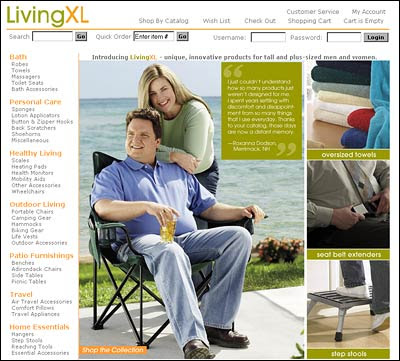 Flip deeper into the catalog, and the products get even more specialized, such as a "Big John" toilet seat with a 1,200-pound capacity - "larger than any other toilet seat in the world" - priced at $124.95.

The products are in "LivingXL," an online and print catalog launched in May by the parent company of Casual Male XL, the nation's largest chain of men's plus-size clothing and apparel stores. Casual Male Retail Group hopes to parlay the marketing know-how from its 500 stores into the largely untapped market for specialty products that make life easier for the growing population of obese men and women.

A monster of a sighting

An amateur scientist has captured what Loch Ness Monster watchers say is among the finest footage ever taken of the elusive mythical creature reputed to swim beneath the waters of Scotland's most mysterious lake.

"I couldn't believe my eyes when I saw this serendipitous jet black thing...."

"about 45-feet (15 meters) long, moving fairly fast in the water," said Gordon Holmes, the 55-year-old a lab technician from Shipley, Yorkshire, who took the video this past Saturday.

Sorry...the real video was just too boring. The real vid is here if your suffering from insomnia.

3 people I wouldn't want to be:

3 items I wouldn't want to be:

I read the news today oh-boy

Over the past few weeks there have been so many stories worthy of ridicule, yet no time or space to present them all. However, I will endeavor

I will endeavor to present most of them now in case you missed any.

Charles Manson was denied parole yet again, which was a shame because he really was looking forward to attending the Starwars 30th anniversary with a big breasted German woman who had just been fired from her job for continuous breast augmentation.

Arnold Schwarzenegger who visited Toronto this week said Manson may be out in time to see The Adams Family Musical, which could star Jon Lovitz who was given a life time contract by the Laugh Factory to perform every Wednesday, or until Barbara Streisand cancels her next concert in Rome.

Thanks once again or our special guest, Spelling Bee Champion Evan....

Crossposted on Mitchieville
Posted by Strange at 10:51 AM

Hey Strange, busy week for me.

Like the Mayor said over at Mitchieville, any chance you attending the wine and cheese event at the manor in July? We could go for chicken wings and paint each others finger nails.

As long as it doesn't clash with Pottahawk (the best day ever), Bayfest, National Scabbies Day, Poke a Veteran Week,The Chinese Solstice, The Let's Look at Each Other's Teeth Festival, or Take a Hooker To Lunch Month, I am so there Reg.