Show me your nuts

Which shouldn’t be too hard since today is the Gay Pride Parade in the Big Smoke- the most successful event of its kind, responsible for bringing in millions in tourist dollars.

Personally I’ll just remain home and celebrate quietly....not that there’s anything wrong with that.

I’ll get out the old Cher and Rocky Horror vinyl LPs out of the closet (no pun intended), maybe put on a wig and boa and have a blast, with GIGC and the cat as my witnesses.

If like me, you’re into staying put with your debauchery, instead of a drunken public display of alternative lifestyles, perhaps I can make a few recommendations for your listening pleasure? 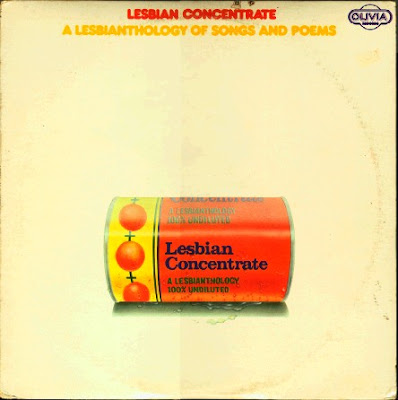 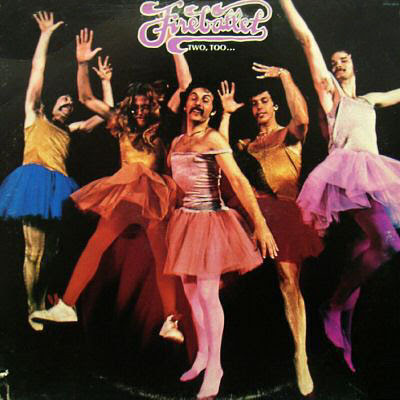 I’m sorry you have the Wong number

China has been forced to mull the possibility of allowing double-barrelled surnames in a break with the ancient tradition that citizens adopt one of a hundred single character surnames.

The official total of permitted surnames is 161, but this doesn't do much to offset the fact that there are now 93 million Wangs in China - albeit very tiny wangs- something which is causing the authorities a bit of a problem.

Police Official, Xang Biff Angel-Drawers, explained that "there are so many people who share an identity that it is becoming confusing", a name like Wang Tao is shared by no less than 100,000 people. "You can see how police work can be very difficult."

Whatever you think of David Chase’s weird ending to “The Sopranos,” there’s no denying that the final song, Journey’s “Don’t Stop Believin,” was a catchy, slightly kitschy choice of music. So catchy that one might be tempted to buy into the theory that Chase’s bizarre final scene was in fact a giant practical joke.

Of course it's no practical joke for Journey who have seen sales, airplay and downloads of their music increase in some cases up to 600%.

But if that song absolutely drives you over the edge, you can access this link. You can insert your own music over the ending sequence. Try the theme from "Curb Your Enthusiasm". By far, a much better choice.

Thou shall not flip me off

The Vatican has issued 10 Commandments for drivers. The 36-page document called Guidelines for the Pastoral Care of the Road outlines suggestions for those who need a little direction while behind the wheel to keep them from travelling on a highway to hell.

Some of my favorites, in no particular order are:

Thou shall not pick up hookers, drug addicts, gay, lesbian, or trans-gendered people.
(In other words: Avoid the Toronto downtown core this weekend.)

Thou shall not covet thy neighbours stick shift.

Thou shall put no SUV before thy God.

Thou may pray unless praying for the light to turn green.

Thou shall not pick, scratch or otherwise pleasure thy self behind the wheel.

Thou shall not take the lord’s name in vain unless a GPS system and a midget are involved.

Thou shall not use thy steering wheel as a drum set during Rush songs.

OK I was just kidding about the last one...oh and all the ones that preceded it. But don't you think I should be working for the Vatican?

Harry Potter and the Deathly Hacker

Gabriel has posted a major, and I do mean MAJOR spoiler which happens near the end of the story.

There. No need to buy the book now.

The attack of Godzilla Johny Wad in '03 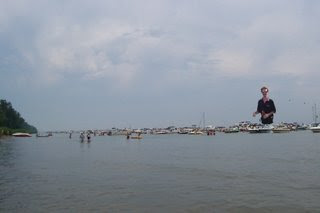 OK, so last week wasn’t really a video replay of a Private Sector rehearsal, It was however, a band we were considering as our opening act for the up coming tour.

Unfortunately, they are already booked and will be touring various tool sheds in Austria this fall.

Therefore, the search is on for the perfect opening act who will suck just enough to make us look and sound spectacular.

Feel free to cast your votes for whoever you feel would be the best representative. Here are two worthy combatants vying for our interest.

Secondly we present Butch, Alvin's cousin twice removed, the fourth Chipmunk that was kicked out of the band for obsessive heroin use.

The voting lines at Sector Idol are now open.

Cross posted at Mitchieville.
Posted by Strange at 8:20 AM