With over 500 wings settled in the bellies of competitors, the exciting Durham Wing Finals came to a stunning conclusion yesterday at the Wing Shack in Whitby.

When the dust cleared and the last of the bones had been picked through and counted, Jade "Jugs" Monahan *slut* was crowned the wing eating champion, taking home the $5,000.00 first place prize. 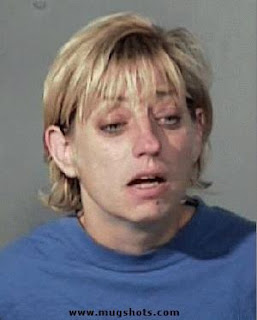 Although, setting a new personal best with 55 wings, our beloved Pit could only manage 2nd place to Monahan, *child abuser*, who defeated all her advisories with a final count of 60 wings.


Jugs * rug muncher* was a late entrant, earning her spot in the finals only last week, by sucking 65 off the bone.

Despite a valiant effort, The Pit was so upset after his performance he barely finished his six chicken dinners, but hopes for a rematch against Monahan *fecal eater* in the spring.
Posted by Strange at 3:27 PM

Labels: Friends....no the other ones, Sports

Congrats to The Pit for not only achieving a personal best of 55 wings devoured, but also for giving "The Labia Queen" Jade a run for her crack-ho money.
I, along with the 1400 other people in attendance, wanted nothing more than to see The Pit take that title. Alas, it was not to be.

And though I'm sad for The Pit I am also intrigued by "The Skanks" performance.
I must admit that after watching her oral display I fantasized about dating "The Gobbler".
I mean really, anyone who can suck meat off a bone like that would be fun for at least a couple of days, don't you think?

I agree with everything you said. especially the part about you being related to Peyton on you brother's father's uncle's sister's husband's side.....Is that six degrees of seperation?

I demand a recount.....The Pit was robbed I tell ya!! Not only did she have many of those bones disqualified for leaving too much meat on them, she needs a lesson on how to choose a proper bra. If they were any higher on her body, they would be behind her!! Perhaps she should pay GIGC part of her winnings to her her how to achieve a stunning cleavage!! Anyway, at least Dickie Dee Diego Purterfeld won a nice leather recliner.....

Yes, finally a man has been rewarded for sitting on his ass all day.

I was speaking with Dickie Dee Diego Purderfiled last night and he was telling me that his ass is sinking nicely into that new leather recliner.
God only knows that the boy needs something soothing for his ass after all the pounding and abuse it takes.