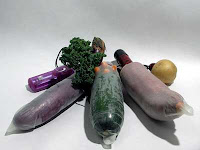 While the humble cucumber and its comrades have served well, there are some more elaborate creations out there for the right devious mind. Take for instance.... 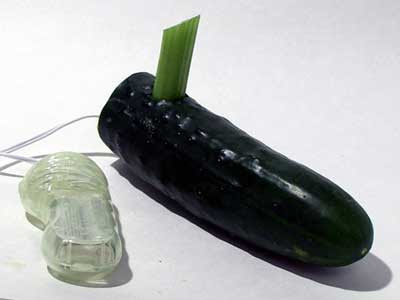 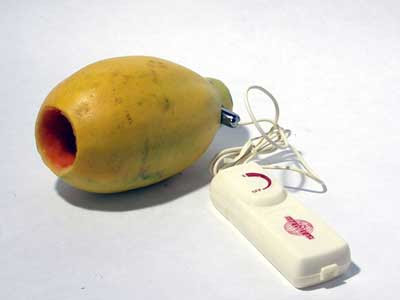 The super slick flesh of this fruit combines with smooth slippery seeds creating a sensation you won't soon forget.

Select a ripe papaya long enough to fit your penis but small enough to hold comfortably in one hand....if you're Bob Noxious you'll need two papaya. 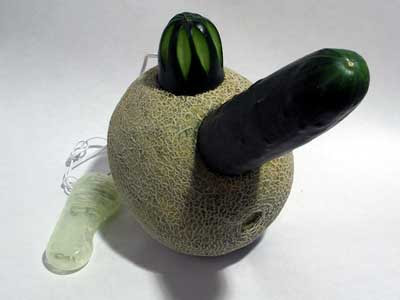 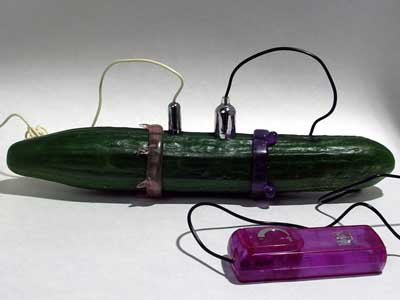 You and a friend can share your love of produce with this two-ended toy. Select the longest English cucumber you can find. One with a curve to it is ideal. Near the center of the cuke, carve out two small holes in which to insert your bullet vibrators. You can leave the vibrators sticking up a bit to nudge your clit(s). Added, are some textured jelly cock rings for extra stimulation.

I can't wait to watch GIGC try this one out. 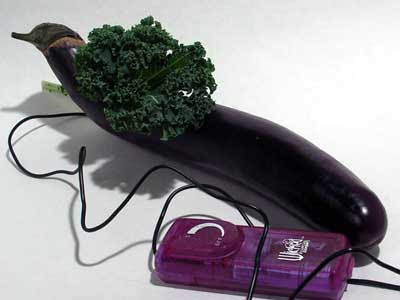 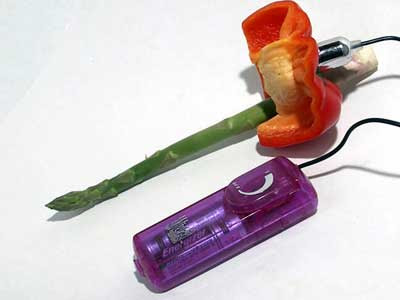 I don't suggest inserting it, but if you do, cover the entire toy with a condom in case the stalk breaks.....And for God's sake never add cheese sauce....I won't be doing that again. 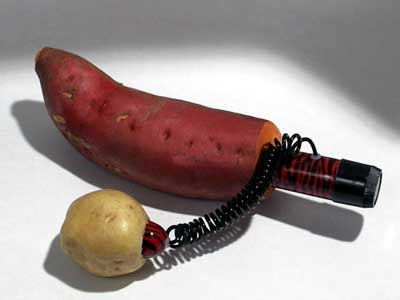 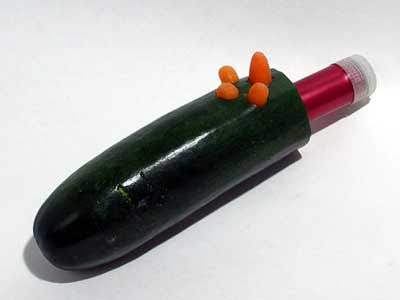 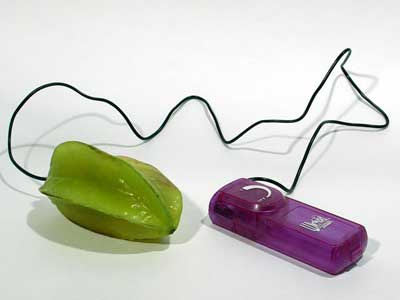 Now if you'll excuse me I'm going to the market to pick up a few things.
Posted by Strange at 8:43 AM