Rosh Hashanah seems to be all about the Juice

Simpson was arrested Sunday after a collector reported a group of armed men charged into his hotel room and took several items Simpson claimed belonged to him. Simpson has proclaimed his innocence.

I'm sure if OJ agrees to help find the the real burglar they'll let him go.

Preparing for what will undoubtedly be another media feeding frenzy, a second judge has been appointed to deal exclusively with the media in the Simpson robbery.

What they didn't tell you is the second judge is Judge Reinhold who hasn't had a decent roll since Beverley Hills Cop. 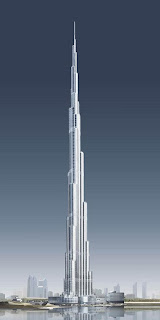 The United Arab Emirates' upstart Burj Dubai, still under construction, has surpassed the CN Tower as the world's tallest structure with a growth spurt that will end next year with the Dubai skyscraper topping 800 metres.

Burj Dubai now stands at 555 metres, outstripping the CN Tower's 553 metres by the height of a tall man.

A wake for the dead

Morgue examiners in a Venezuelan hospital began their autopsy as usual but soon got a nasty shock: the "dead" man under knife started bleeding and woke up in excruciating pain, according to media reports Tuesday.

Carlos Camejo, 33, was declared dead after a highway accident and taken to the morgue, where examiners began the autopsy with an incision to Camejo's face, but realized something was wrong because the dead didn't bleed. They quickly stitched up the gash.

When his grieving wife turned up at the morgue to identify her husband's body, she found her other half very much alive and with a newly stitched facial wound.

She immediately dumped the new boy-toy and returned the insurance money.

From Russia with love

A Russian region of Ulyanovsk has found a novel way to fight the nation's birth-rate crisis: It has declared Sept. 12 the Day of Conception and for the third year running is giving couples time off from work to procreate.

I wonder if this is a paid holiday?

The hope is for a brood of babies exactly nine months later on Russia's national day. Couples who "give birth to a patriot" during the June 12 festivities win money, cars, refrigerators and other prizes.

Bob Barker should be coaxed out of retirement.

Many mothers are furious over the fact that MySpace has been deleting any photos that portray breastfeeding. The photos are being pulled for violating the terms of agreement, which state that any content that is offensive, illegal or violate the rights, harm, or threaten the safety of any person may be deleted. Many are wondering how images of breastfeeding fits into those terms.